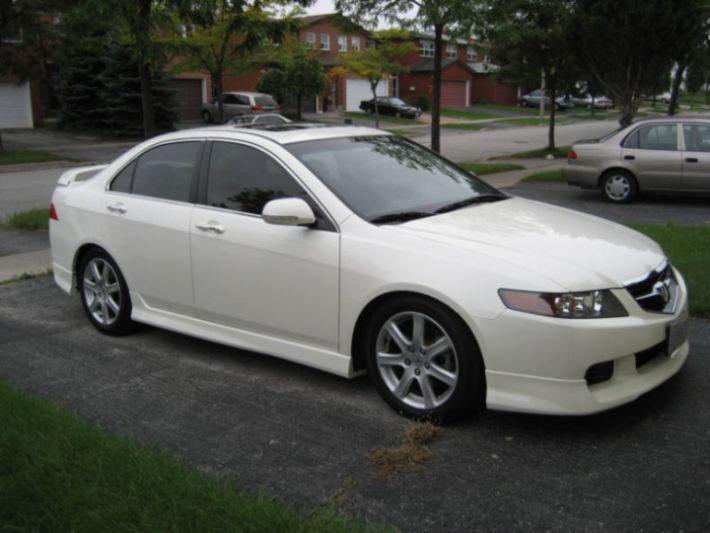 The Acura TSX was a compact executive car manufactured by Acura. Introduced in April 2003 as a 2004 model, it was sold only in the United States and Canada, but since the 2009 model year it has also been available in Mexico. It is also sold in Guam and Puerto Rico. The Acura TSX named as Touring Sportscar eXperimental was introduced at the 2003 North American International Auto Show as a production model. The 2004 model year TSX's powertrain consisted of a 2.4-litre inline four-cylinder engine, a six-speed manual transmission (which featured a special casing, to reduce weight), and a front wheel drive layout. A five-speed automatic transmission was a no-cost option in the U.S. based on MSRP; however, such was not the case in Canada.

We'll send you a quick email when a new Acura TSX document is added.

Yes! I'd love to be emailed when a new, high quality document is available for my Acura TSX. My email address is: