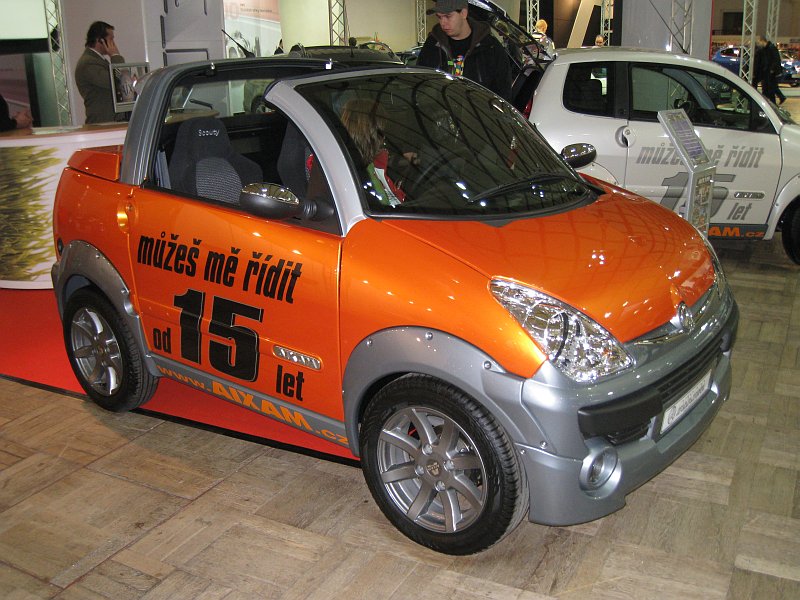 The Scouty R Cabriolet is aimed to appeal to young, hip urban dwellers. In line with the French government?s quadricycle regulations, the top speed of the two cylinder 400cc diesel version is limited to 30 mph. This allows it to be driven on a motorcycle licence by those as young as 16 in France or 14 in Italy. There is also the RTG model with a more powerful 505cc petrol 2 cylinder engine, doubling the top speed. The two-seat Aixam Scouty R has a surprisingly roomy interior which can be made more civilized by options include a CD player and power windows. The roof is a removable hardtop panel which can then be stored in a surprisingly large boot.

We'll send you a quick email when a new Aixam Scouty R document is added.

Yes! I'd love to be emailed when a new, high quality document is available for my Aixam Scouty R. My email address is: