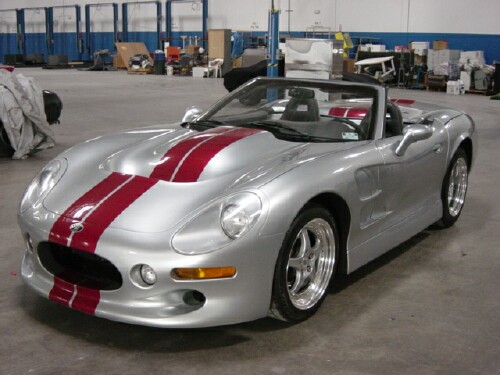 Shelby Series 1 was a high-performance roadster designed by Carroll Shelby and produced by Shelby American. It was powered by Oldsmobile's 4.0 L L47 Aurora V8 DOHC engine. The Series 1 was produced in both supercharged and normally aspirated versions (but supercharger was optional).The Series 1 is the only car ever designed and engineered by Carroll Shelby from a clean sheet of paper, and built from the ground up. All other Shelbys are re-engineered models produced by other manufacturers and modified by Shelby.

We'll send you a quick email when a new Alfa Romeo 164 document is added.

Yes! I'd love to be emailed when a new, high quality document is available for my Alfa Romeo 164. My email address is: