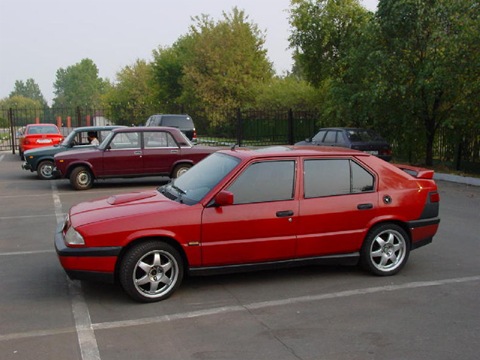 The Alfa Romeo 33 is a small family car produced by the Italian automaker Alfa Romeo between 1983 and 1995. Initially known as the Alfa 33 (Type 905), the 5-door hatchback was launched in 1983 and a station wagon version (initially badged Giardinetta, later badged Sportwagon) was introduced the following year at the same time as a four-wheel drive version of the hatchback. The hatchback was styled by Ermanno Cressoni at the Centro Stile Alfa Romeo, while the station wagon was designed by Pininfarina. The 33 has a unique place in the Alfa Romeo history, as nearly 1 million of these cars were produced.

We'll send you a quick email when a new Alfa Romeo Alfa 33 document is added.

Yes! I'd love to be emailed when a new, high quality document is available for my Alfa Romeo Alfa 33. My email address is: