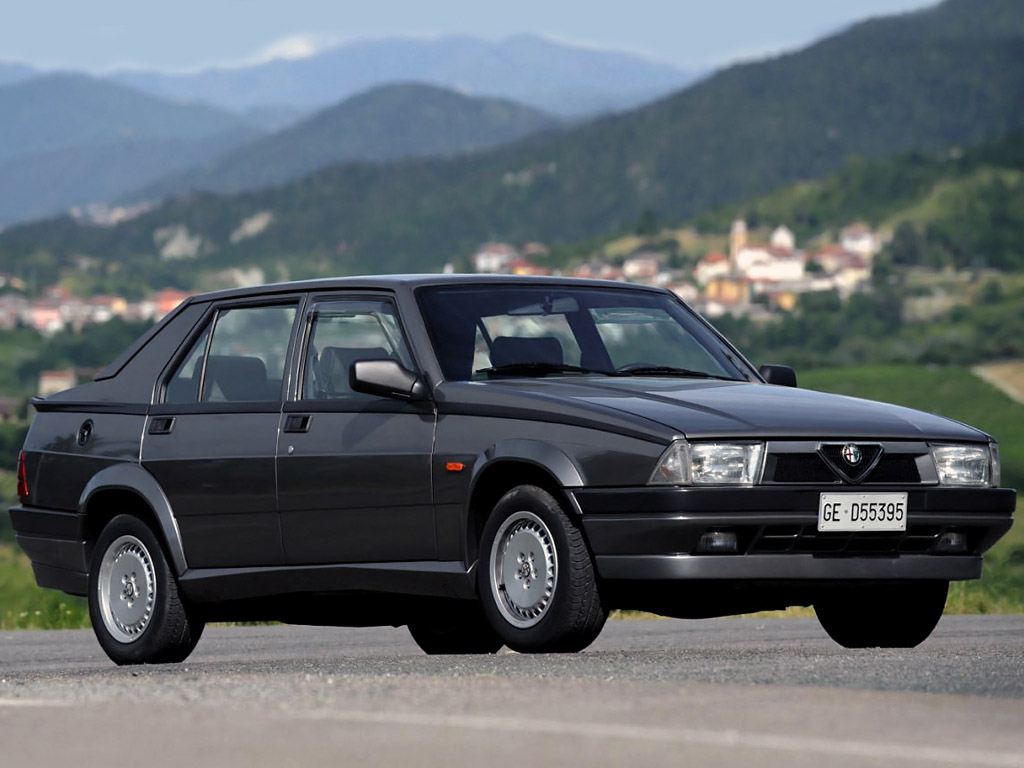 The Alfa Romeo 75 was introduced in May 1985to replace the Giulietta, and was named to celebrate Alfa's 75th year of production. The body, designed by head of Alfa Romeo Centro Stile Ermanno Cressoni, was styled in a striking wedge shape, tapering at the front with square headlights and a matching grille, similar features were applied to the Cressoni-designed 33. The 75 featured some unusual technical features, most notably the fact that it was almost perfectly balanced from front to rear. The 75 featured a then-advanced dashboard-mounted diagnostic computer, called Alfa Romeo Control, capable of monitoring the engine systems and alerting the drivers of potential faults.

We'll send you a quick email when a new Alfa Romeo Alfa 75 document is added.

Yes! I'd love to be emailed when a new, high quality document is available for my Alfa Romeo Alfa 75. My email address is: