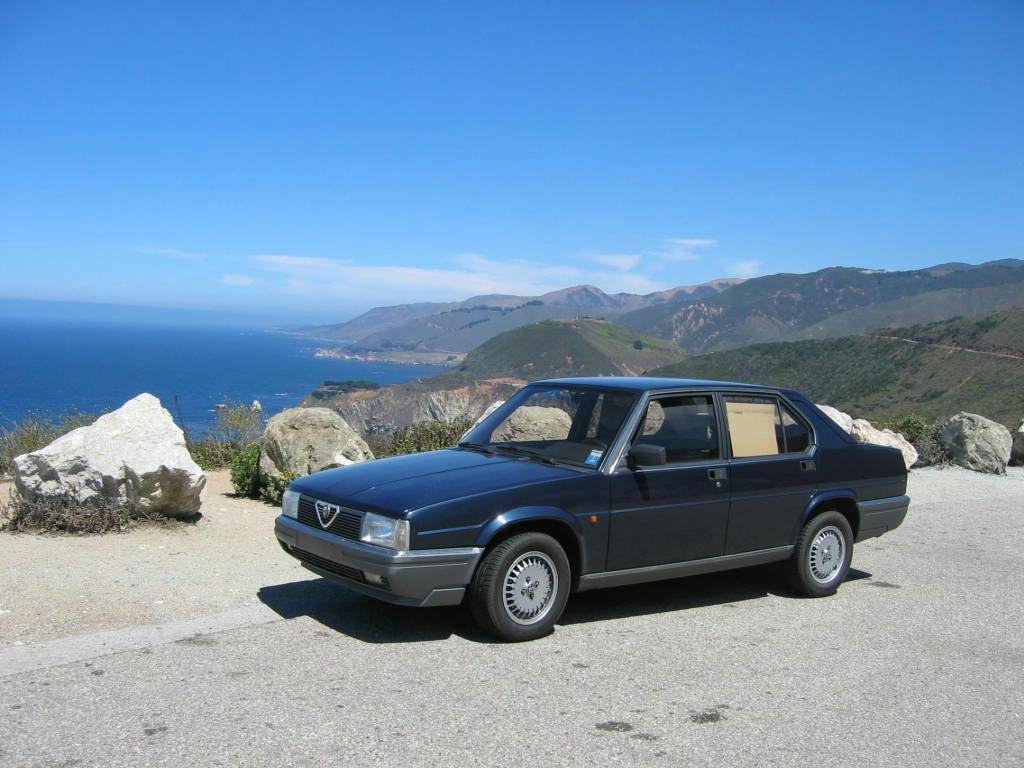 The Alfa Romeo 90 is an executive car produced by the Italian automaker Alfa Romeo between 1984 and 1987. Designed by Bertone and introduced at the 1984 Turin Motor Show, the 90 was pitched between the Alfa Romeo Giulietta (nuova) and the Alfa Romeo Alfa 6, both of which were soon discontinued after the 90's launch. The car used the Alfetta chassis (including its rear mounted transaxle) and took its engines from the larger Alfa 6. The Alfa 90 has longitudinal front engine, rear mounted gearbox with differential lock, independent front suspension wishbones with torsion bar springs and rear De Dion tube. It has disc brakes on all four wheels, the rear brakes are mounted inboard.

We'll send you a quick email when a new Alfa Romeo Alfa 90 document is added.

Yes! I'd love to be emailed when a new, high quality document is available for my Alfa Romeo Alfa 90. My email address is: