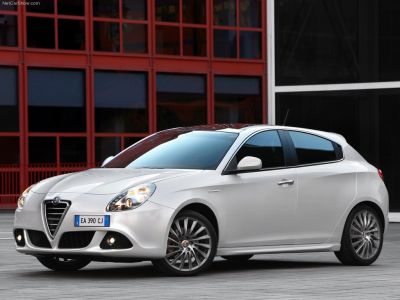 The Alfa Romeo Giulietta is a small family car produced by the Italian automaker Alfa Romeo. Giulietta production started towards the end of 2009 and was introduced at the March 2010 Geneva Motor Show. The Giulietta came in second place in the 2011 European Car of the Year awards. Between 2010 and 2012 around 200,000 Giuliettas were built. The 2010 Giulietta is available only as a 5-door hatchback. The range of engines includes the new 1.4 L T-Jet petrol and M-jet diesel family, all turbocharged. A six-speed manual and Dual Dry Clutch Transmission TCT (Twin Clutch Transmission) introduced at the 2010 Paris International Motor Show, will be choice gearboxes for customers.

We'll send you a quick email when a new Alfa Romeo Giulietta document is added.

Yes! I'd love to be emailed when a new, high quality document is available for my Alfa Romeo Giulietta. My email address is: