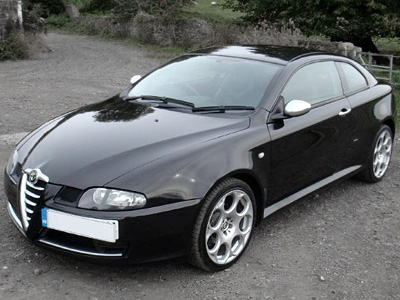 The Alfa Romeo GT is a sports car produced by the Italian automaker Alfa Romeo between 2003 and 2010. The GT was introduced in March 2003 Geneva Motor Show and it came for sale in Italian markets January 2004. It was built at the Pomigliano plant, southern Italy, alongside the 147 and 159. The GT was positioned as a sports car in Alfa Romeo's range, and sat alongside the Brera. The GT has been widely acclaimed for its attractive styling and purposeful good looks.

We'll send you a quick email when a new Alfa Romeo GT document is added.

Yes! I'd love to be emailed when a new, high quality document is available for my Alfa Romeo GT. My email address is: