Audi A2 Service and Repair Manuals 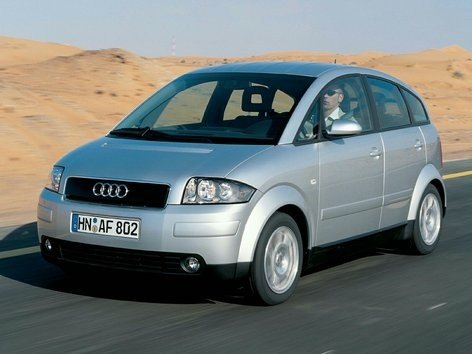 The Audi A2 (internally designated Typ 8Z) is a compact multipurpose vehicle-styled supermini car, with a five-door hatchback body style and four or five seats, produced by the German manufacturer Audi from November 1999 to August 2005. Based on the Audi Al2 concept car first shown at the Frankfurt Motor Show in 1997, the A2 was notable for being constructed from aluminium, which in combination with its efficient engines, made it an extremely economical car on fuel.

We'll send you a quick email when a new Audi A2 document is added.

Yes! I'd love to be emailed when a new, high quality document is available for my Audi A2. My email address is: