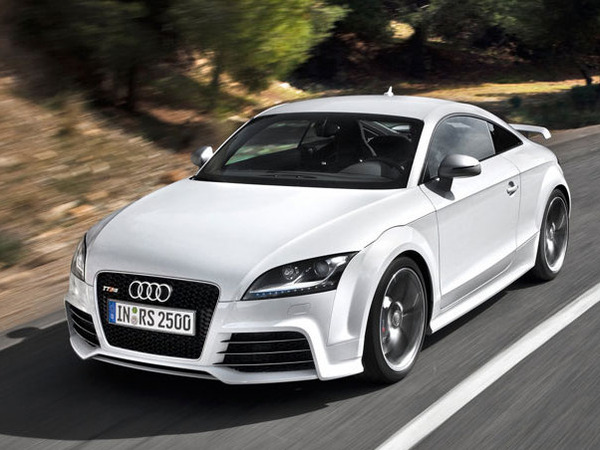 The Audi TT RS had its world debut at the 2009 Geneva Auto Show, developed by Audi's high-performance subsidiary quattro GmbH at Neckarsulm, Audi released the first ever compact sports car which was available from 2009 in Coupé and Roadster variants. This new TT RS harks back to the sporting legacy of 1980s Audi Quattros ? with their high-performance five-cylinder turbocharged engines,[36] the TT RS will include an all-new 2.5-litre inline five-cylinder Turbocharged Fuel Stratified Injection (TFSI) petrol engine. This new 183 kilograms (403 lb) engine produces a DIN-rated motive power output of 250 kilowatts (340 PS; 335 bhp) from 5,400 to 6,700 rpm, and torque of 450 newton metres (332 lbf·ft) at 1,600?5,300 rpm.

We'll send you a quick email when a new Audi TT RS document is added.

Yes! I'd love to be emailed when a new, high quality document is available for my Audi TT RS. My email address is: