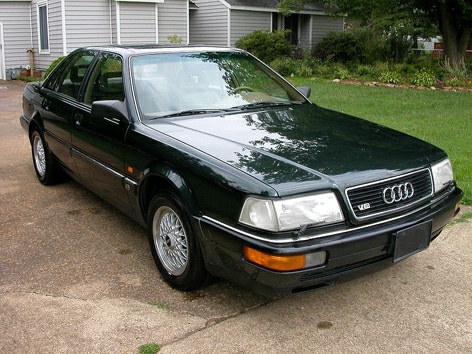 A full size, four-door, luxury sedan, Audi built the V8 between 1988 to 1993 as their flagship model. It was the first model designed by the German auto manufacturing giants that implemented its trademark quattro system in combination with an automatic transmission and a V8 engine. The initial models had a 3.6-liter engine while in the later ones, it was upgraded to an engine of 4.2-liter capacity. It was eventually replaced in 1994 by the Audi A8 that did not sell its first model until 1997.

We'll send you a quick email when a new Audi V8 document is added.

Yes! I'd love to be emailed when a new, high quality document is available for my Audi V8. My email address is: