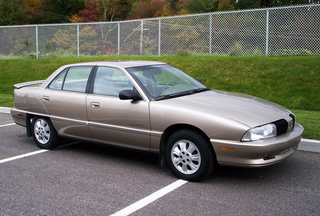 The Oldsmobile 98 (sometimes spelled Ninety-Eight after 1961) was the full-size flagship model of the Oldsmobile division of General Motors, produced from 1940 until 1996. The name ? reflecting a "Series 90" fitted with an 8-cylinder engine ? first appeared in 1941 and was used again after American consumer automobile production resumed post-World War II. It was, as it would remain, the division's top-of-the-line model. As it was the top-line Oldsmobile, the series had the most technologically advanced items available, such as the Hydramatic automatic transmission, the Autronic Eye, an automatic headlight dimmer, and Twilight Sentinel (a feature that automatically turned the headlights on and off via a timer, as controlled by the driver), and the highest-grade interior and exterior trim.

We'll send you a quick email when a new Austin Healey 3000 document is added.

Yes! I'd love to be emailed when a new, high quality document is available for my Austin Healey 3000. My email address is: