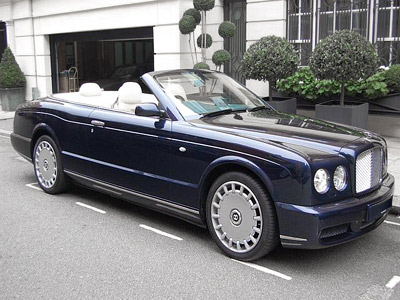 The Bentley Azure is a large, four seater convertible manufactured by English automobile maker Bentley Motors Limited at its factory in Crewe, England. The model was officially launched in 1995 on the Continental platform and was produced in its original guise until 2003. A completely new version powered by a significantlyupdated engine and riding on the newer Arnage platform was introduced in 2006. According to 2009 research done by internet company Yahoo!, the Azure is the fourth most fuel consuming car on sale in the United Kingdom.

We'll send you a quick email when a new Bentley Azure document is added.

Yes! I'd love to be emailed when a new, high quality document is available for my Bentley Azure. My email address is: