BMW 128i Service and Repair Manuals 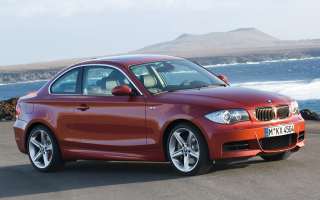 The BMW 128i is a BMW 1 Series E87 model with 3.0L, six-cylinder petrol engine (230 HP), available in coupe and convertible body styles, limited to the North American market. The first-generation BMW 1 Series is a compact executive car produced by the German automaker BMW since 2004, when it replaced the BMW 3 Series Compact as the smallest and least expensive vehicle in the BMW range. The 3-door and 5-door hatchbacks were replaced by the F20 and F21 models in 2012, while the E82 coupé and E88 convertible variants were replaced by the 2 Series F22 and F23 in 2013.Available in 3-door hatchback (model code E81), 5-door hatchback (E87), coupe (E82) and 2-door convertible (E88) body styles, the 1 Series features a rear-wheel drive chassis, 50:50 weight balance, longitudinally-mounted engine and aluminum multilink suspension as well as a range of petrol and diesel engines. The 1 Series accounted for nearly one-fifth of the total BMW sales in 2008.

We'll send you a quick email when a new BMW 128i document is added.

Yes! I'd love to be emailed when a new, high quality document is available for my BMW 128i. My email address is: