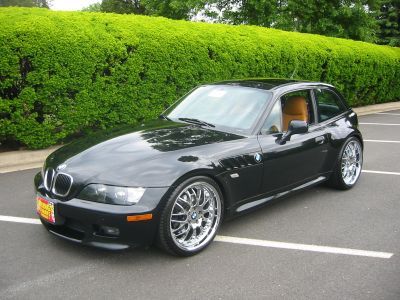 The BMW 1 Series M Coupe is a high-performance version of the BMW 1 Series Coupe, developed by BMW's motorsport branch BMW M. While BMW naming convention would have called the car the "M1", the name "BMW 1 Series M" was used instead, to avoid confusion with the original BMW M1. The 1M coupe has a significantly wider track and bigger body than the standard E82 coupe, as well as a different body kit. Despite the car's larger size, it is 77 lb (35 kg) lighter than the standard E82 coupe, giving it a weight of 3,296 lb (1,495 kg).

We'll send you a quick email when a new BMW 1er M Coupé document is added.

Yes! I'd love to be emailed when a new, high quality document is available for my BMW 1er M Coupé. My email address is: