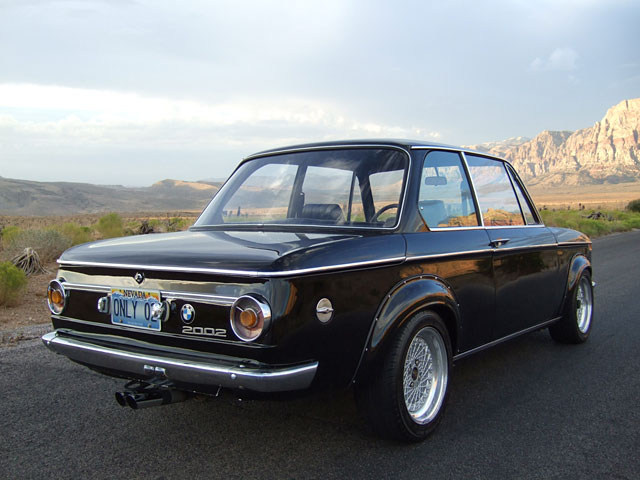 The BMW 2002 belonged to the familly of the BMW New Class (German: Neue Klasse), a line of compact sedans and coupes produced by German automaker BMW between 1962 and 1977. The New Class began in 1962 with the 1500, a new automobile with a new engine. The 1500, and all subsequent New Class cars, had unitary construction, fully independent suspension with MacPherson struts in front and semi-trailing arms at the rear, front disc brakes, and a front-mounted four-cylinder M10 engine. Initially a series of four-door sedans, the New Class line was broadened to include the 2000C and 2000CS two-door coupes at the high end in 1965 and the 1600-2 two-door economy sedan at the low end in 1966. The 1600-2, later renamed the 1602, was itself expanded into the 02 Series 1600 and 2002. Using the engine and suspension of the original four-door design in a smaller and lighter two-door unit body, the 02 series, especially the 2002, caught auto enthusiasts' attention and established BMW as an international brand.

We'll send you a quick email when a new BMW 2002 document is added.

Yes! I'd love to be emailed when a new, high quality document is available for my BMW 2002. My email address is: