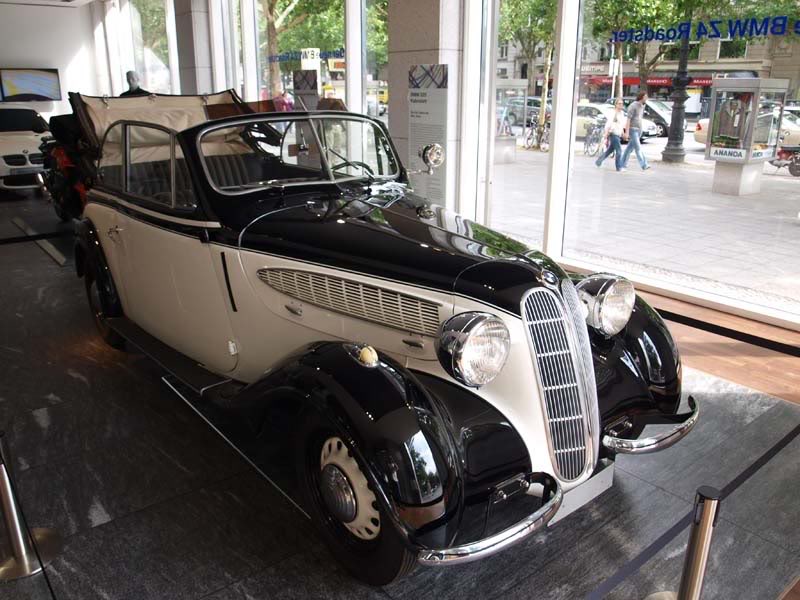 The BMW 320 was a saloon car manufactured by German automobile maker BMW from 1937 to 1938. It replaced the 319-based BMW 329. The 320 was built on a shortened BMW 326 frame and used a 326 engine with a single carburetor and an output of 45 hp (34 kW). The suspension, which was carried over from the 329, consisted of an independent front suspension with a high-mounted transverse leaf spring acting as upper control arms and a conventional live axle on semi-elliptic springs at the rear. The 320 was replaced by the BMW 321 in 1938.

We'll send you a quick email when a new BMW 320 document is added.

Yes! I'd love to be emailed when a new, high quality document is available for my BMW 320. My email address is: