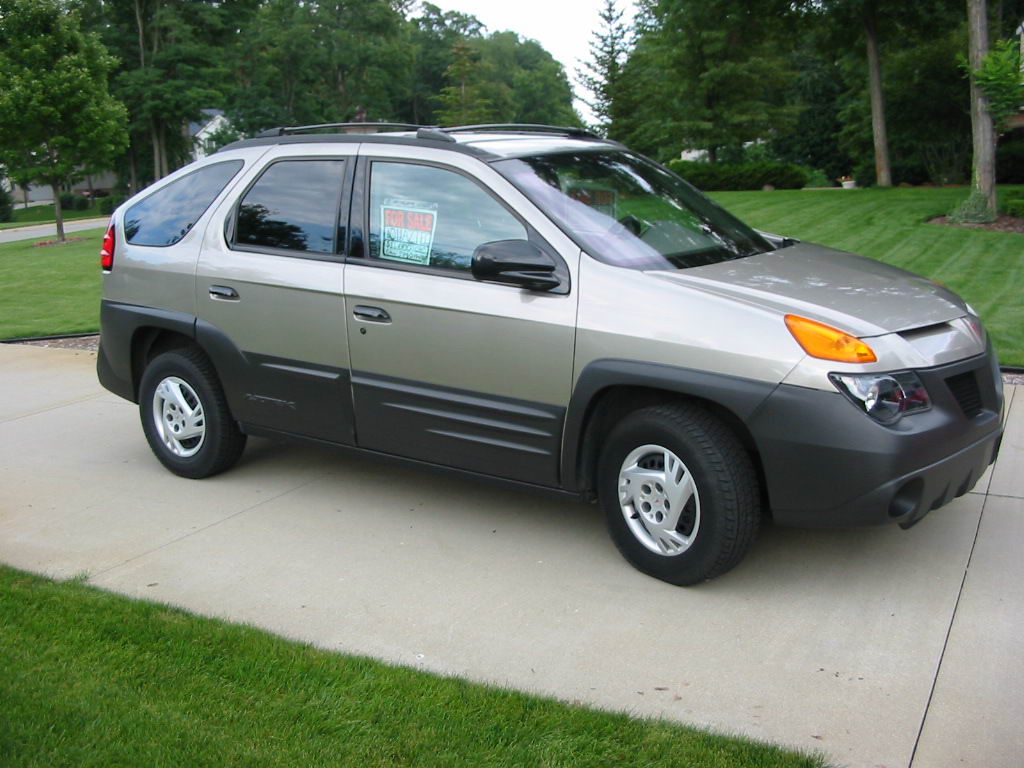 The Pontiac Aztek is a mid-size crossover marketed by Pontiac from the 2001 model year to the 2005 model year along with its corporate cousin, the Buick Rendezvous. As a four-door crossover with a front engine and four-wheel drive, the Aztek featured a four-speed automatic transmission with a V-6 engine. It was marketed by Pontiac as a "sport recreational vehicle". While a commercial failure that is commonly cited as one of the worst automobiles ever produced, the Aztek has seen a resurgence in popularity and public interest in the late 2000s and early 2010s thanks to the AMC series Breaking Bad. The Aztek was discontinued after the 2005 model year, and was replaced by the Theta platform Pontiac Torrent.

We'll send you a quick email when a new BMW 3Series document is added.

Yes! I'd love to be emailed when a new, high quality document is available for my BMW 3Series. My email address is: