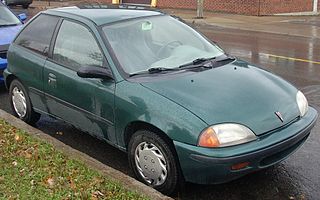 The Pontiac Catalina is an automobile which was part of Pontiac's full-sized line from 1950 to 1981. Initially, the name was used strictly to denote hardtop body styles, first appearing in the 1950 Chieftain Eight and DeLuxe Eight lines. In 1959, the Catalina became a separate model, as the 'entry-level' full-size Pontiac. In Canada, Pontiac was marketed as a low priced car, rather than a medium price make as in the U.S. It was produced in various trim levels and was available with both, manual and automatic transmission styles.

We'll send you a quick email when a new BMW 5 Series document is added.

Yes! I'd love to be emailed when a new, high quality document is available for my BMW 5 Series. My email address is: