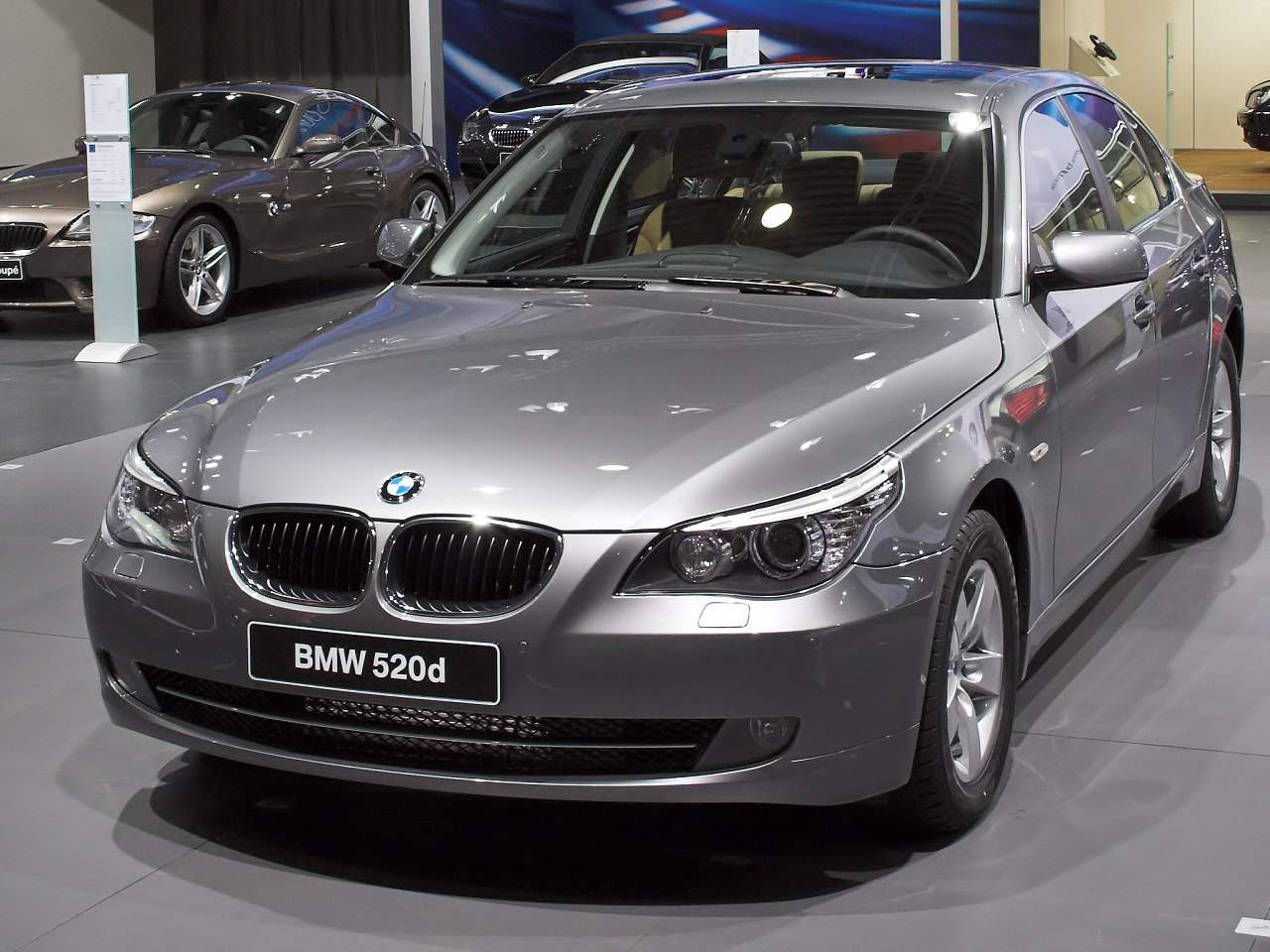 The BMW 5-Series is an executive/mid-size luxury car manufactured by German automaker BMW since 1972. The car, now in its sixth generation, is sold in sedan and touring body styles. The sixth generation of the BMW 5 Series the (F10) debuted 23 November 2009 as a 2010 model. It was designed by Jacek Fröhlich from November 2005 to December 2006. The BMW 520 was officially introduced at Olympic Stadium Munich in 2009. It is manufactured with two transmission styles: 6-speed manual and 8-speed automatic with Streptronic. This model is available with both diesel engines that can produce horse power of 184 PS and petrol engines that can produce horse power of 184 PS. Two versions of this car were produced: sedan and touring.

We'll send you a quick email when a new BMW 520 document is added.

Yes! I'd love to be emailed when a new, high quality document is available for my BMW 520. My email address is: