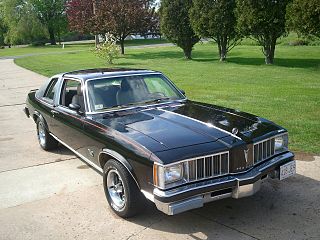 The Pontiac Parisienne is a full-size rear-wheel drive vehicle that was sold by Pontiac on the GM B platform in Canada from 1958 to 1986 and in the US from 1983 to 1986. The Parisienne wagon continued under the Safari nameplate until 1989. For most of its life, the Parisienne was the Canadian nameplate for the top of the line model sold in GM of Canada's Pontiac showrooms. Parisiennes were distinct from other Canadian Pontiac models by their standard features: the luxuriousness of upholstery fabrics; standard equipment such as courtesy interior and trunk lights; bright trim mouldings in the interior; distinct exterior accent chrome pieces; and availability of 2 and 4-door hardtops and convertibles.

We'll send you a quick email when a new BMW X Series document is added.

Yes! I'd love to be emailed when a new, high quality document is available for my BMW X Series. My email address is: