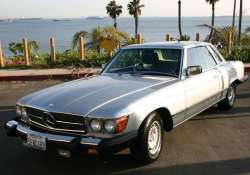 The Land Rover Defender (initially called the Land Rover Ninety and Land Rover One Ten) is a British four-wheel-drive off-road utility vehicle developed from the original Land Rover Series launched in 1948. From 1983, Land Rover introduced a third wheelbase to its utility line-up, a 127-inch (3,226 mm) wheelbase vehicle designed to accommodate larger, heavier loads than the 110. Along with the 200Tdi engine available since 1990, the 127's name was changed to the "Land Rover Defender 130". The wheelbase remained the same; the new figure was simply a tidying up exercise. More importantly, 130s were no longer built from "cut-and-shut" 110s, but had dedicated chassis built from scratch.

We'll send you a quick email when a new Cadillac ELR document is added.

Yes! I'd love to be emailed when a new, high quality document is available for my Cadillac ELR. My email address is: