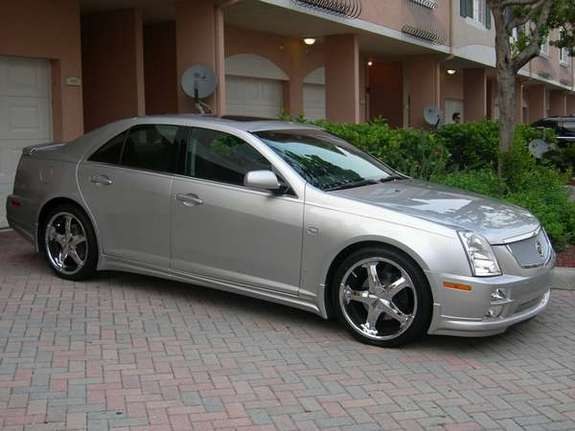 The Cadillac STS was mid-sized luxury fourdoor sedan from Cadillac division of General Motors. It was introduced in 2005 and manufactured until 2012. Throughout its lifetime, it was Cadillac?s highestpriced sedan and the flagship model. It was and upscale version of Cadillac Seville. The Cadillac STS was rated with a four star frontal and five star rear passenger crash test rating from the National Highway Traffic Safety Administration. The image above is a stock image of a Cadillac STS from around 2005.

We'll send you a quick email when a new Cadillac STS document is added.

Yes! I'd love to be emailed when a new, high quality document is available for my Cadillac STS. My email address is: