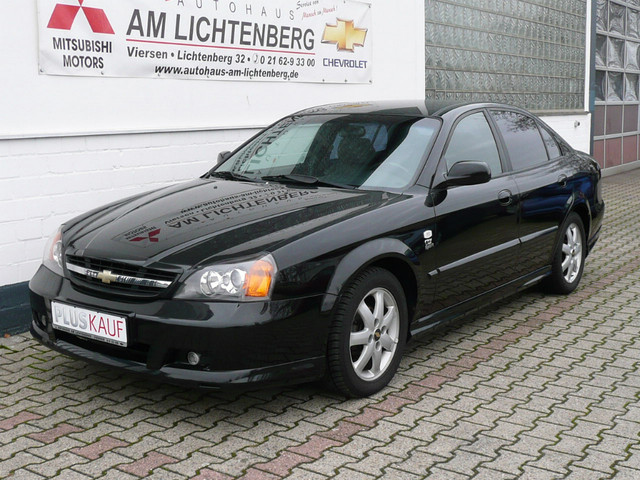 The Daewoo Magnus is also called Chevrolet Evanda. It is a mid-size sedan developed and manufactured by Daewoo Motors until its purchase by General Motors, and now built for GM Daewoo Auto & Technology (GMDAT) by Daewoo Incheon Motor Company at its Bupyeong facility in South Korea. The Evanda comes equipped with the Daewoo-developed XK6 inline-6 engine. It is manufactured with 4-speed automatic transmission style. The Evanda replaced the Leganza, and also the Chevrolet Alero. Later, in 2004, the entire Daewoo brand was replaced by Chevrolet in all of Europe, with models renamed accordingly.

We'll send you a quick email when a new Chevrolet Evanda document is added.

Yes! I'd love to be emailed when a new, high quality document is available for my Chevrolet Evanda. My email address is: