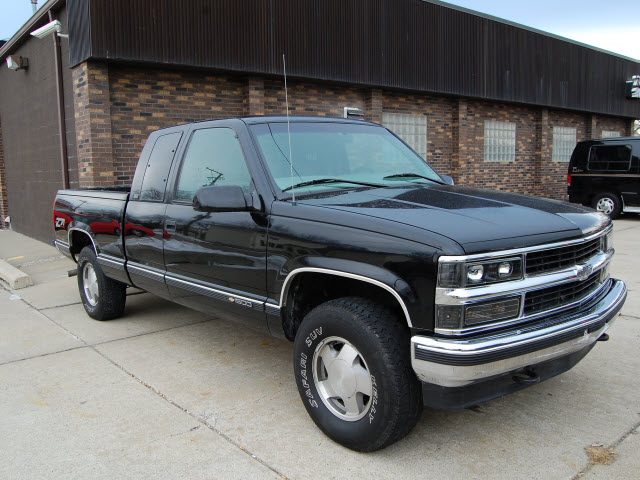 The C/K was Chevrolet and GMC's full-size pickup truck line from 1960 until 1999 in the United States, from 1965 to 1999 in Canada, from 1964 through 2001 in Brazil, from 1975 to 1982 in Chile. Late 1995 the 1500 sieries and 2500 sieries two wheel drive trucs were assembled with the newer 4L60E transmission and the 700 R4 was no longer used at this point. Exterior changes this year included a special two tone paint job, available in many different varieties new gloss black folding exterior mirrors, and the door handles were changed from a smooth gloss black finish to a textured, satin finish.

We'll send you a quick email when a new Chevrolet K1500 document is added.

Yes! I'd love to be emailed when a new, high quality document is available for my Chevrolet K1500. My email address is: