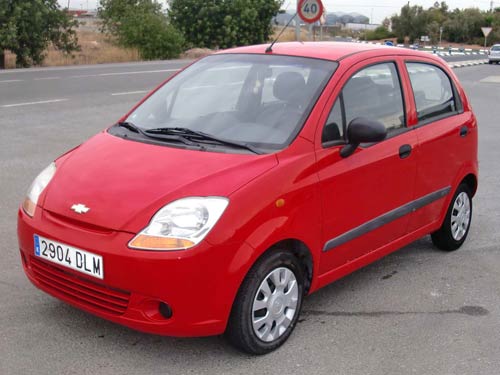 The Chevrolet Spark is a city car, today produced under the Chevrolet brand of General Motors, and originally as Daewoo Matiz. It has been available solely as a five-door hatchback. The first generation of this car was launched in 1998 by General Motor?s South Korean division GM Korea. The Matiz was originally launched with just a 0.8-litre straight-three engine. It developed a maximum power of 51 hp and had a combined consumption of 6.4 l/100 km It had a top speed of 144 km/h, it could reach from 0 to 100 km/h (62 mph) in 17 seconds.

We'll send you a quick email when a new Chevrolet Matiz document is added.

Yes! I'd love to be emailed when a new, high quality document is available for my Chevrolet Matiz. My email address is: