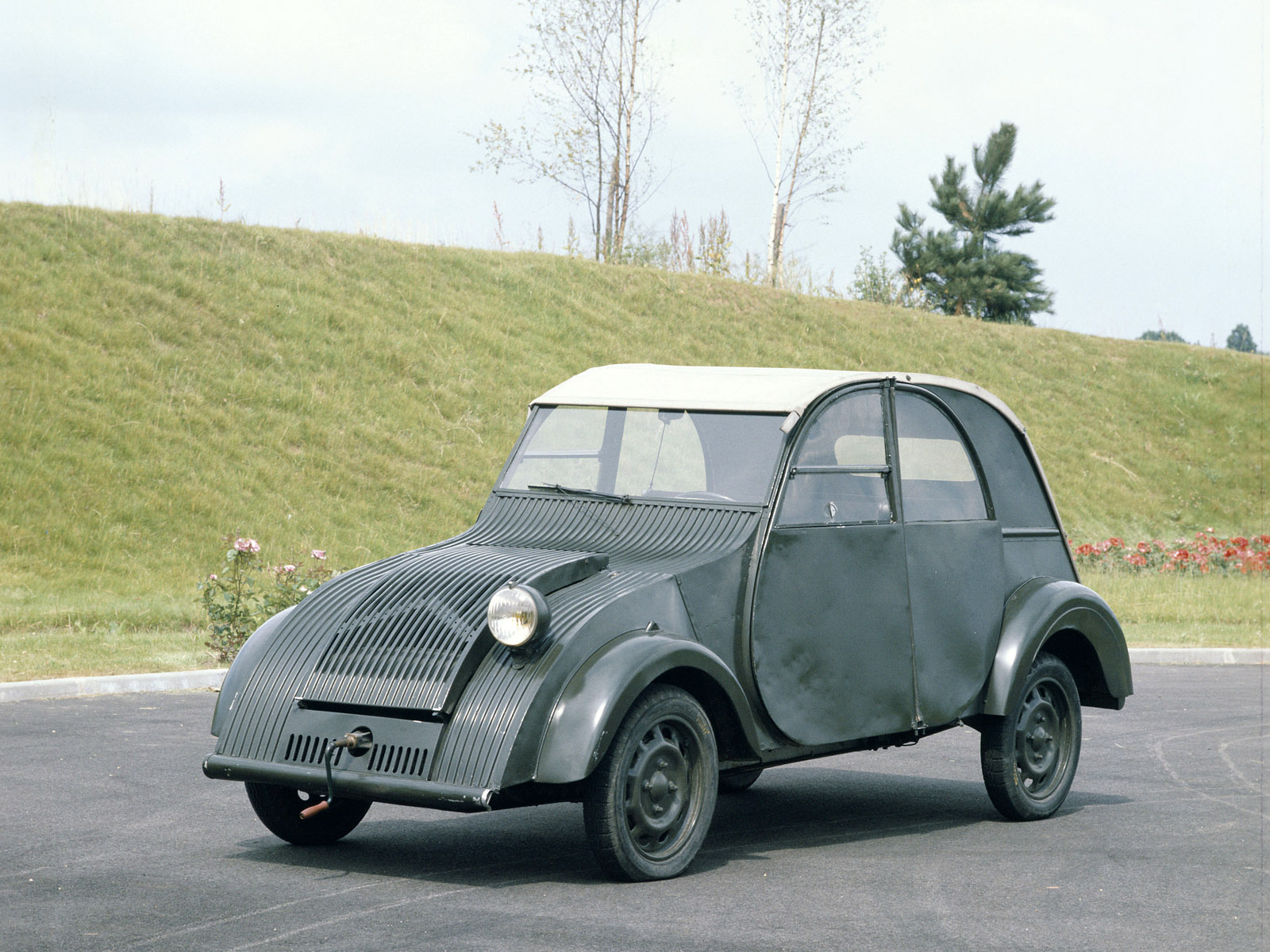 The Citroën 2CV is a front-engine, front wheel drive, air-cooled economy car officially introduced at the 1948 Paris and manufactured by Citroën for model years 1948?1990. It belongs to a short list of vehicles introduced in the middle of the 20th century that remained relevant and competitive for many decades. The 2CV was a commercial success: within months of it going on sale, there was a three-year waiting list, which soon increased to five years. In all a total of 3,867,932 2CV's were produced.

We'll send you a quick email when a new Citroën 2 CV document is added.

Yes! I'd love to be emailed when a new, high quality document is available for my Citroën 2 CV. My email address is: