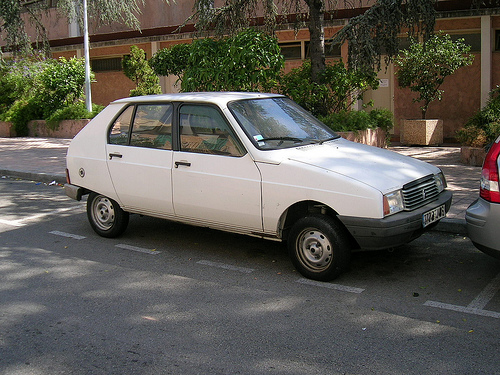 The Citroën Visa is a supermini that was manufactured by the French car maker Citroën from 1978 to 1988. From its launch in September 1978, the front-wheel drive Visa was available in "Spécial" and "Club" models, as well as the ?Super E? model. CAR magazine made the Visa diesel one of its top ten models on the market for two years running in the mid-1980s (January 1986 and 1987), for its versatility (higher models in the range had split rear seats which could be lifted-out to give an almost van-like luggage capacity; ride comfort ("like a limousine"; its ability to maintain high average speeds due to high levels of grip; and value for money. No automatic gearbox version was produced.

We'll send you a quick email when a new Citroën Visa document is added.

Yes! I'd love to be emailed when a new, high quality document is available for my Citroën Visa. My email address is: