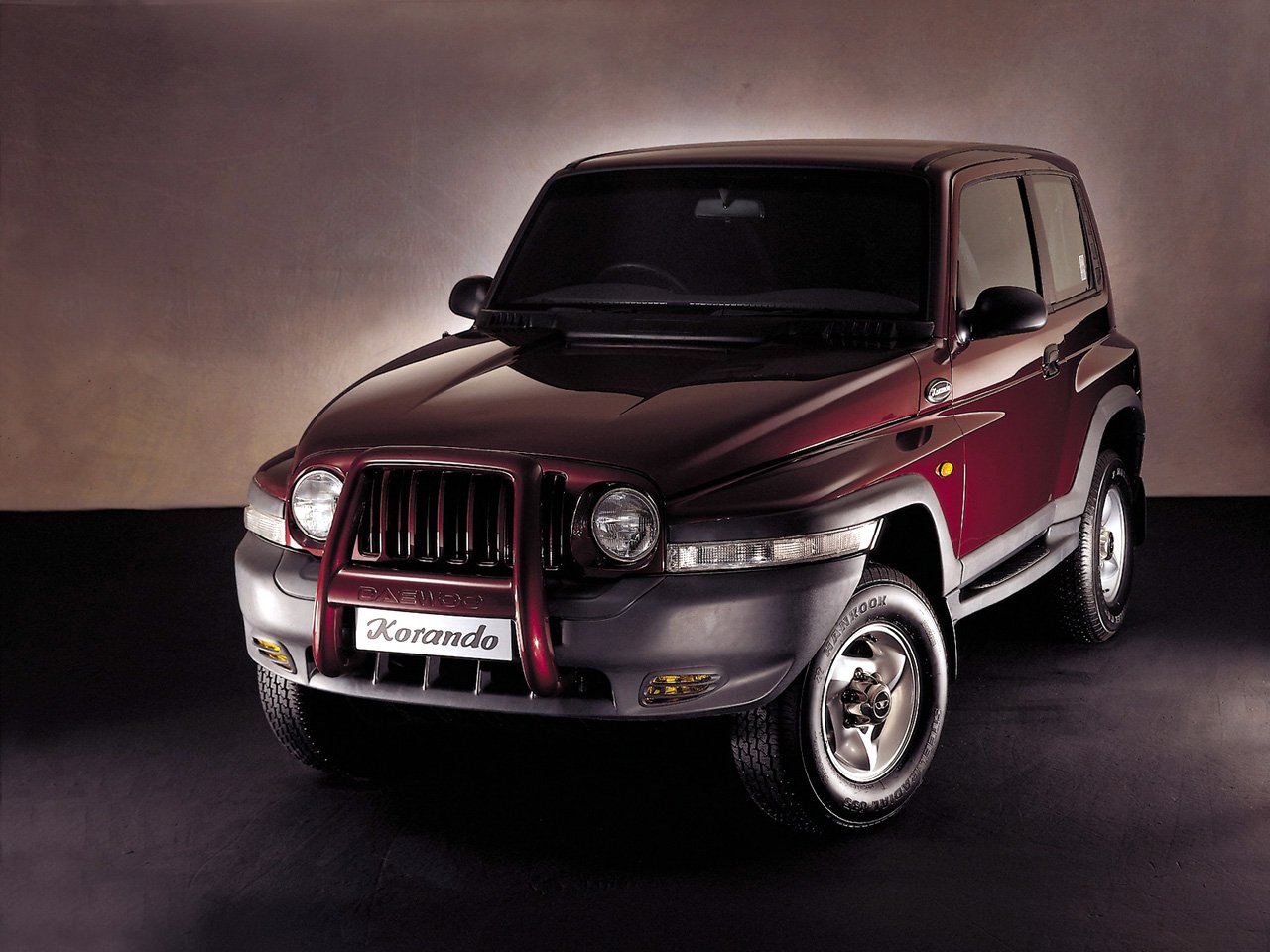 The SsangYong Korando, also called Daewoo Korando, is a sport utility vehicle (SUV) built by the South Korean automobile manufacturer SsangYong Motor from 1983 to 2006 and from 2010 onwards. Its first generation was produced between 1983 and 1996. 9-seat extended version of this car was also available and was called Korando K9. Its second generation was produced from 1996 till 2006, it features a choice of 2.3 litre and 3.2 litre gasoline engines or 2.9 litre diesel engine, all produced on license from Mercedes-Benz, accompanied by a 5-speed manual Borg-Warner gearbox. The interior of the second generation Korando was unique because it had a steering wheel arch on either side. Third generation started its production in 2010, it is produced with manual and automatic transmission styles and is offered as a 2-wheel drive or 4-wheel drive.

We'll send you a quick email when a new Daewoo Korando document is added.

Yes! I'd love to be emailed when a new, high quality document is available for my Daewoo Korando. My email address is: