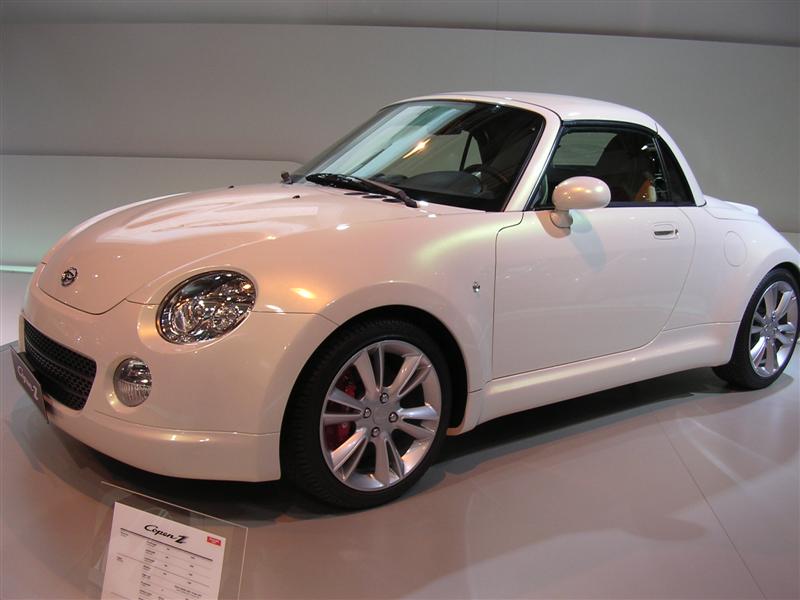 The Daihatsu Copen is a 2-door roadster with an aluminium retractable hardtop built by the Japanese car company Daihatsu. It debuted at the 1999 Tokyo Motor Show, as the Daihatsu Copen concept. The second generation model debuted as the Kopen (Future Included) at the 2013 Tokyo Motor Show. This model was manufactured with both manual and automatic transmission styles. The Copen has been featured on the UK show Top Gear where James May attempted to find the best convertible car.

We'll send you a quick email when a new Daihatsu Copen document is added.

Yes! I'd love to be emailed when a new, high quality document is available for my Daihatsu Copen. My email address is: