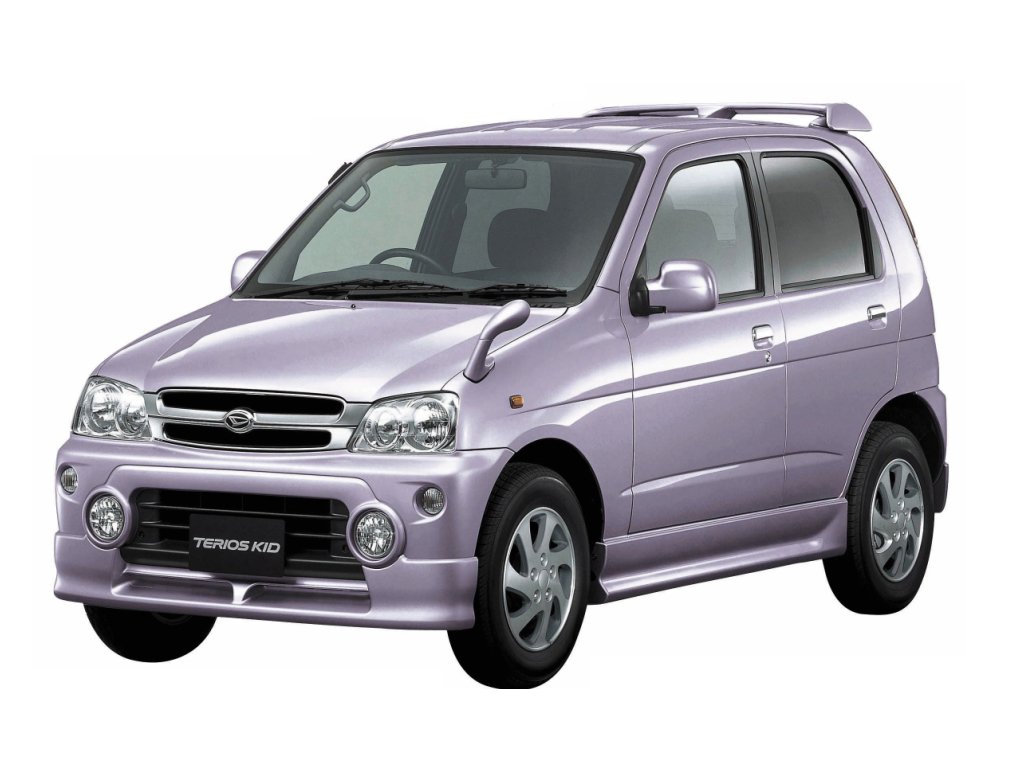 The Daihatsu Terios is a mini SUV, first released in 1997 by the Japanese car manufacturer Daihatsu. The engines are a modified Daihatsu Charade 1.3 litre or kei car 660 cc unit, with constant four wheel drive (4WD) or two wheel drive (2WD), respectively. It has a five-speed manual transmission or a four-speed automatic transmission. The first-generation Daihatsu Terios is also known as Toyota Cami. In Malaysia, the car is locally assembled as the Perodua badge as Perodua Kembara. The second generation of Terios was co-developed by Daihatsu and fellow Japanese manufacturer Toyota.

We'll send you a quick email when a new Daihatsu Terios document is added.

Yes! I'd love to be emailed when a new, high quality document is available for my Daihatsu Terios. My email address is: