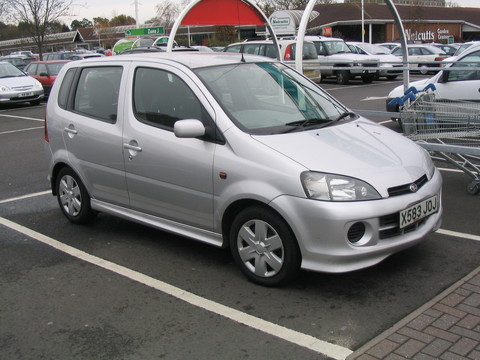 The Daihatsu YRV is a mini MPV which was manufactured by the Japanese automaker Daihatsu from 2000 to 2005. The car was aimed at young mothers who needed a car big enough to take the kids to school yet small enough to park. It was often criticized by Japanese reviewers for the ongoing problems of 'remote steering' at speed. All-wheel drive system named "4Trak" is available only with K3-VE; all other versions are equipped with 2WD. The YRV has an option for an electronically controlled 4-speed automatic transmission, with built-in "steer shift" function.

We'll send you a quick email when a new Daihatsu YRV document is added.

Yes! I'd love to be emailed when a new, high quality document is available for my Daihatsu YRV. My email address is: