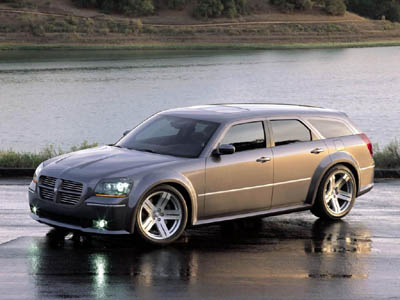 The Dodge Magnum is nameplate used by several Dodge vehicles, prominently as a large coupe marketed from 1978 to 1979 in the United States, as well as a rear-wheel drive station wagon introduced in 2004 for the 2005 model year and produced until the end of the 2008 model year and assembled at Brampton Assembly Plant, near Toronto, Ontario, Canada. On November 1, 2007, Chrysler announced that, as part of its restructuring plans, the Dodge Magnum would be one of four models discontinued after the 2008 model year.

We'll send you a quick email when a new Dodge Magnum document is added.

Yes! I'd love to be emailed when a new, high quality document is available for my Dodge Magnum. My email address is: