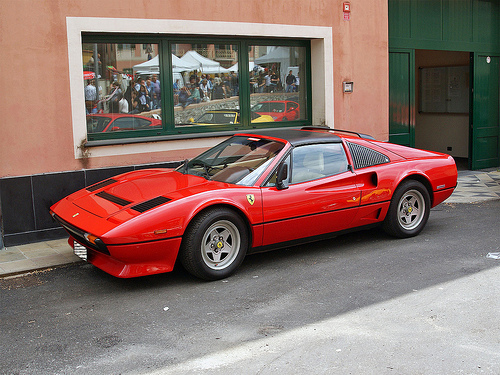 The name, Ferrari 208, refers to a 2 liter 8-cylinder Ferrari sports car. There were two different 208s: Ferrari 208 GT4, a Bertone-styled 2+2 with a 1990 cc engine and Ferrari 208 GTB/GTS, a Pininfarina-styled 2-seat with a 1991 cc engine, later available with a turbocharged engine. The first one was produced from 1976 thru 1980 and in total 2,826 vehicles were produced. The second model was produced from 1975 to 1985. The GTB/GTS has become one of the more recognizable and iconic cars produced by Ferrari to date.

We'll send you a quick email when a new Ferrari 208 document is added.

Yes! I'd love to be emailed when a new, high quality document is available for my Ferrari 208. My email address is: