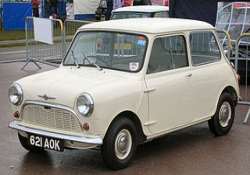 The Mini Hatch, stylized as MINI hatch or MINI Hardtop in the US, is a three-door hatchback first introduced in late 2000, with a second generation launched in 2006 and a third generation model launched in 2014. A convertible version was introduced in 2004, with the second generation following in 2008. The Mini Hatch was the first model launched by BMW under the Mini marque after the original Mini was discontinued in 2000. The new model built by BMW is technically unrelated to the former.

We'll send you a quick email when a new Ferrari 355 document is added.

Yes! I'd love to be emailed when a new, high quality document is available for my Ferrari 355. My email address is: