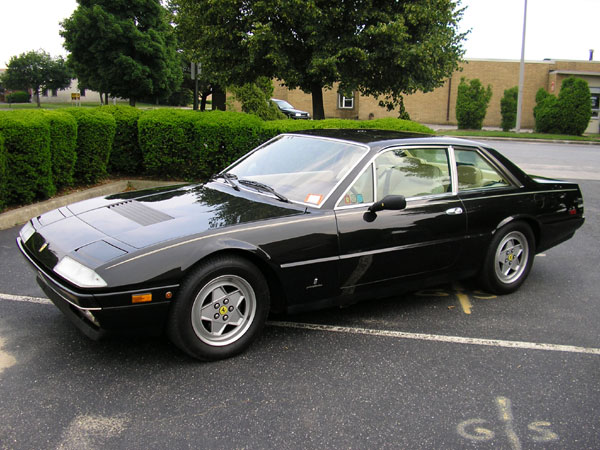 The Ferrari 365 GT4 2+2, Ferrari 400 and Ferrari 412 (Tipo F101) are front-engined V12 2+2 grand tourers made by Italian manufacturer Ferrari between 1972 and 1989. The three cars are closely related, using the same body, chassis and engine evolved over time. The Ferrari 412 was introduced in 1985. Both the manual and automatic transmissions were retained, but exterior badging didn't denote anymore the transmission type fitted. Bosch ABS was offered, a first for Ferrari. A total of 576 examples were made. Production ended in 1989 without a direct successor being immediately launched. A black 1987 model of the 412 was used in the 2006 independent film Daft Punk's Electroma.

We'll send you a quick email when a new Ferrari 412 document is added.

Yes! I'd love to be emailed when a new, high quality document is available for my Ferrari 412. My email address is: