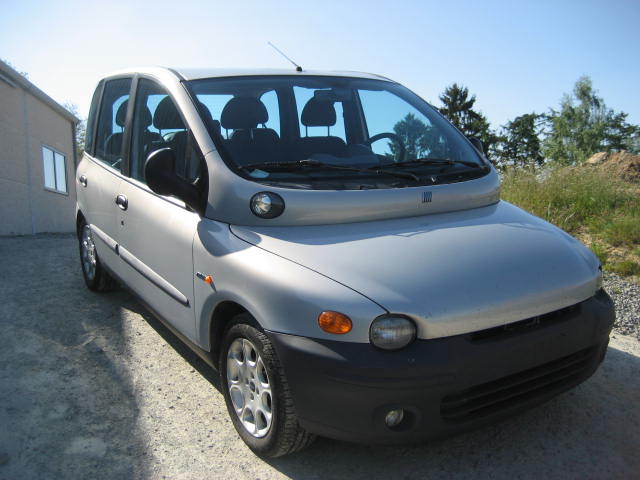 The Fiat Multipla is a family car produced from 1998 to 2010. It was characteristically shorter and wider than its rivals and its most remarkable feature was the two rows of three seats. It was highly regarded as one of the ugliest cars around even winning the Top Gear Ugliest Car of the Year (1999) Award. Apart from the Ugliest Car of the year award, it won Top Gear Magazine's car of the year award four years in a row (2001- 2004).

We'll send you a quick email when a new Fiat Multipla document is added.

Yes! I'd love to be emailed when a new, high quality document is available for my Fiat Multipla. My email address is: