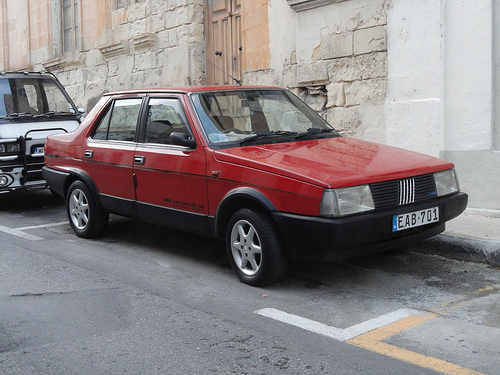 The Fiat Regata is the saloon version of the Fiat Ritmo small family car, produced by Italian automaker Fiat. It was produced from 1983 to 1990, corresponding to the post-facelift Ritmo. The Regata was initially unveiled at the Frankfurt Motor Show in September 1983. The Regata had a choice of three gasoline and two diesel engines. The engines remained the same until the 1990 model year, when both engines were replaced by the 87 hp (65 kW) 1581 cc engine from the Fiat Tipo. It was manufactured as four-door salon or 5-door estate car which was introduced in November 1984.

We'll send you a quick email when a new Fiat Regata document is added.

Yes! I'd love to be emailed when a new, high quality document is available for my Fiat Regata. My email address is: