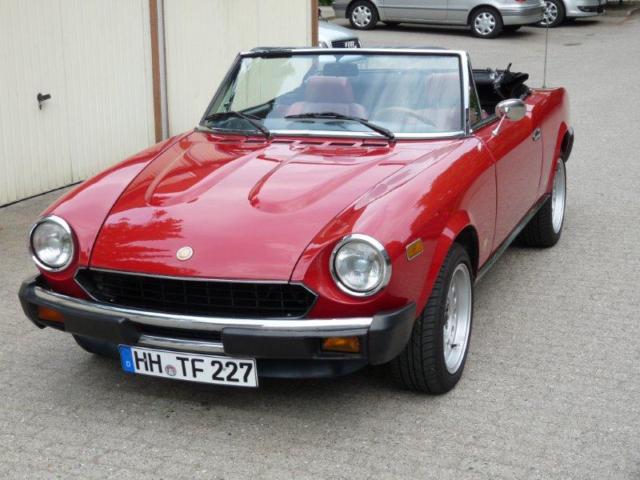 The 124 Sport Spider is a 2+2 convertible sports car marketed by Fiat from 1966 to 1980 ? having debuted at the November 1966 Turin Auto Show. The body of the car was designed and marketed by Pininfarina. The convertible body was designed by Tom Tjaarda. The car was sold in Europe and the U.S. from its introduction until the 1975 model year when it was modified to comply with new U.S. regulations and no European version was produced. Sales in Europe resumed when Pininfarina took over production in 1983 under the name Pininfarina Europa Spider. The four-cylinder engine used in the Spider and Coupé was a double overhead cam, aluminum crossflow head version of the sedan's pushrod unit. There was also a supercharged model called Volumex offered toward the end of production, which was sold only in Europe, where it cost 35% more than a regular, fuel-injected Spidereuropa.

We'll send you a quick email when a new Fiat Spider Europa document is added.

Yes! I'd love to be emailed when a new, high quality document is available for my Fiat Spider Europa. My email address is: