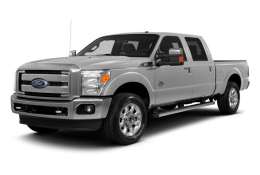 The Blackwood was a luxuriously-trimmed version of the Ford F-150 Crew Cab pickup truck, and was greeted with enthusiasm after its debut at the North American International Auto Show in January 1999. Lincoln's success with the Lincoln Navigator emboldened the company to pursue the first-ever luxury pickup truck, and Cadillac was in hot pursuit with the Cadillac Escalade EXT. The Blackwood was only available in rear wheel drive, SuperCrew cab configuration, with black exterior and interior. The truck bed was built as a trunk, with a power tonneau and plush carpeting. The box was manufactured from plastic composites but lined with stainless steel. The exterior of the bed featured aluminum pinstripes over artificial burled black wood. The Blackwood came with only one option, which was a navigation system with a 5" color screen. All of these luxury features limited the practical usability of the Blackwood, and stood in stark contrast to the more utilitarian Cadillac, which was available with four-wheel drive. Only 3,356 Blackwoods were made in just 15 months of production, with the final models selling well below invoice. Retail price was to be US$52,500. Lincoln had originally hoped for about 18,000 projected sales in 2002 and 2003, but had announced the discontinuation of the Blackwood before the 2002 model year was over. Among the factors behind the Blackwood's failure were high price and limited cargo versatility. The Blackwood was delivered late, with first sales in October 2001, due to a supply problem with the cargo box, produced by Magna Steyr. Ford reportedly froze their contracts with Magna International for part of 2001 over the issue. The Blackwood was manufactured at Kansas City Assembly in Claycomo, Missouri, through December 2002.

We'll send you a quick email when a new Ford Blackwood document is added.

Yes! I'd love to be emailed when a new, high quality document is available for my Ford Blackwood. My email address is: