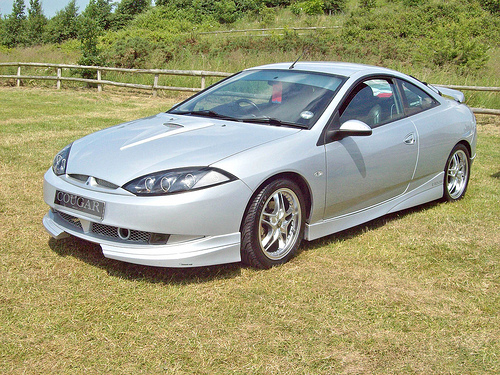 The Ford Cougar was a large coupe from Ford Motor Company between 1998 and 2002. It was sold in the Europe, Australia and USA. In the USA it was sold under the Mercury marque, named as Mercury Cougar. Initially Ford intended to sell it as a third generation Ford Probe, but later offered it as a new model. Manual and automatic transmissions were available. All variants came with 16-in alloy wheels as standard. The Cougar was considered to be a driver?s car for its superior handling, but it did not sold well.

We'll send you a quick email when a new Ford Cougar document is added.

Yes! I'd love to be emailed when a new, high quality document is available for my Ford Cougar. My email address is: