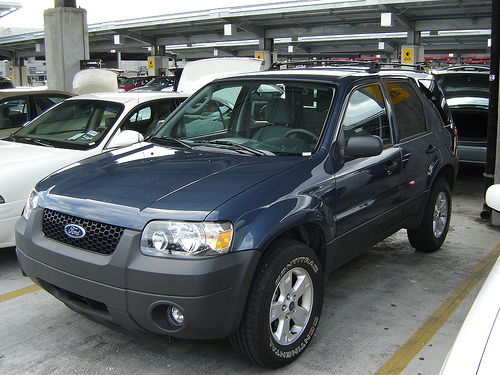 The Ford Escape is a compact crossover vehicle sold by Ford Motor Company since 2000 over three generations. Ford released the original model in 2000 for the 2001 model year. Mainstream production of the first generation Escape/Tribute ended in late 2006. Second generations of the Ford Escape, Mercury Mariner, and Mazda Tribute were released in 2007 for the 2008 model year, but mostly restricted to North America. The third generation Ford Escape was revealed at the 2011 Los Angeles Auto Show, based on the new Global C platform.

We'll send you a quick email when a new Ford Escape document is added.

Yes! I'd love to be emailed when a new, high quality document is available for my Ford Escape. My email address is: