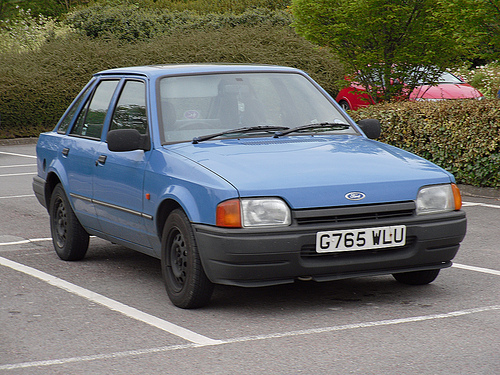 The Ford Escort was a small family car that was manufactured by Ford from 1968 to 2004. The Ford Escort name was also applied to several different small cars produced in North America by Ford between 1981 and 2003. Ford has relaunched the Ford Escort on the Chinese car market in 2014. The Escort had conventional rear-wheel drive and a four-speed manual gearbox, or 3-speed automatic transmission. The Escort was a commercial success in several parts of western Europe, but nowhere more than in the UK.

We'll send you a quick email when a new Ford Escort document is added.

Yes! I'd love to be emailed when a new, high quality document is available for my Ford Escort. My email address is: