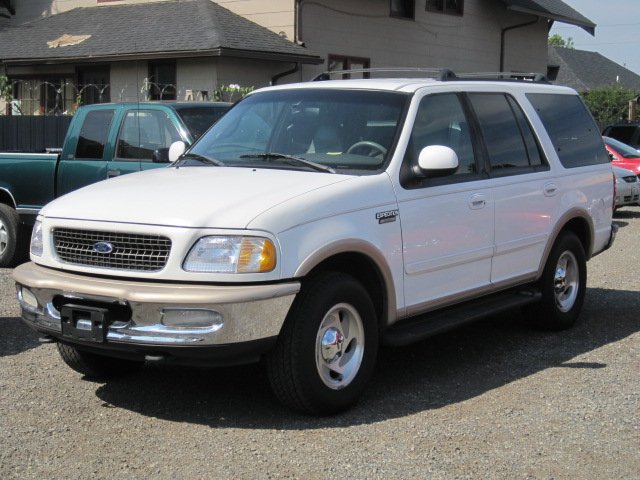 Introduced in 1996 to replace the Ford Bronco, the Ford Expedition is five-door, full-size SUV from American automaker Ford Motor Company. Available with rear-wheel or four-wheel drive and a seating capacity of up to nine, the Expedition is a popular choice among the consumers. Based on Ford F-150 trucks, this is the largest SUV from Ford. The expedition also has a towing capacity of 4.6 tons. A special limited edition Ford Expedition with Funkmaster Flex "FMF" trim and logos was offered for the 2008 model year only. Only 650 were produced and each are individually numbered on the center console.

We'll send you a quick email when a new Ford Expedition document is added.

Yes! I'd love to be emailed when a new, high quality document is available for my Ford Expedition. My email address is: