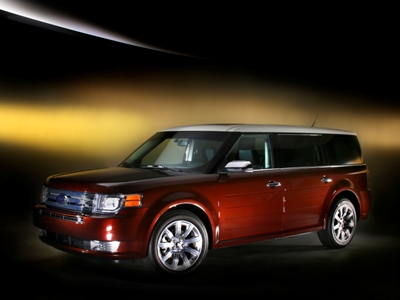 Unveiled at the 2007 New York International Auto Show, the Ford Flex is a full-sized CUV from Ford Motor Company. It has a five-door wagon body style with seating arrangement for seven passengers. It is based on Ford's D4 platform and has been distributed mainly in the USA, Canada and Asia. It is equipped with technologies like Ford Sync, Mood Lighting, navigation system, backup camera, AdvanceTrac traction control system and many more. However, the Flex has not been as successful as original ambitions expected, with sales of less than half the target of 100,000 vehicles that Ford had expected to sell each year.

We'll send you a quick email when a new Ford Flex document is added.

Yes! I'd love to be emailed when a new, high quality document is available for my Ford Flex. My email address is: