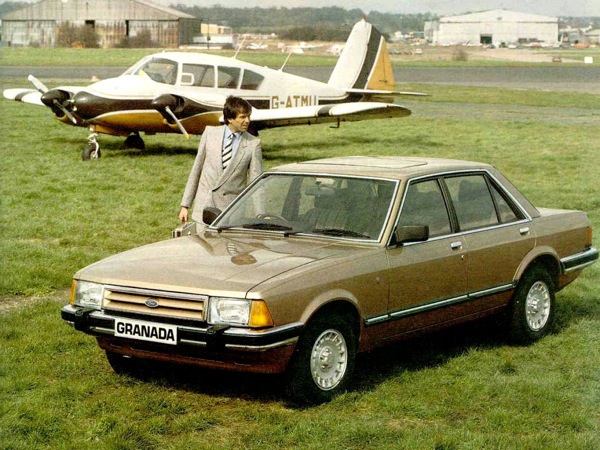 The European Ford Granada is a large executive car which was manufactured by Ford Europe from 1972 until 1994. The original version was replaced in 1977 by a second generation model which was produced until 1985. The car was available as a four-door saloon, a five-door estate (Turnier) and a two-door fastback coupé. A two-door saloon joined the range in May 1973. From 1985 to 1994 the Granada name was used, in the United Kingdom only, for a third generation model which was sold in other European markets as the Ford Scorpio.

We'll send you a quick email when a new Ford Granada document is added.

Yes! I'd love to be emailed when a new, high quality document is available for my Ford Granada. My email address is: