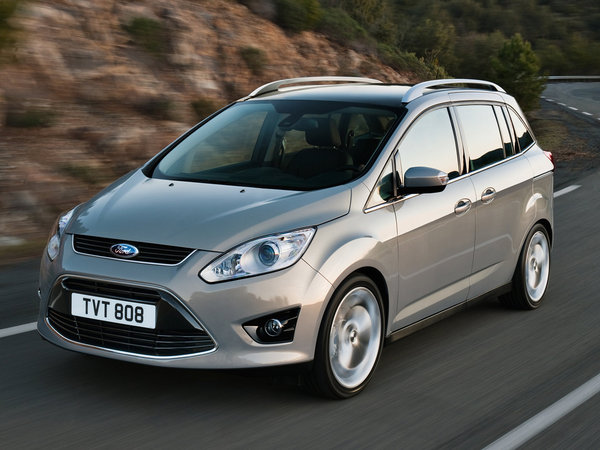 The Ford C-Max (stylized as Ford C-MAX and often called the Ford Focus C-Max) is a compact MPV produced since 2003 for the European market by Ford in Saarlouis, Germany. The Ford Grand C-Max was unveiled at the 2009 Frankfurt Motor Show. Early European models include 5 seats, and 7-seat models entered the market at the end of 2010 (except Russia, where there is only the 7-seat model). At the 2011 North American International Auto Show, Ford announced a 7-seat C-MAX for the North American market. However, this model was cancelled prior to launch. It is produced only with 6-speed automatic transmission style.

We'll send you a quick email when a new Ford Grand C-Max document is added.

Yes! I'd love to be emailed when a new, high quality document is available for my Ford Grand C-Max. My email address is: