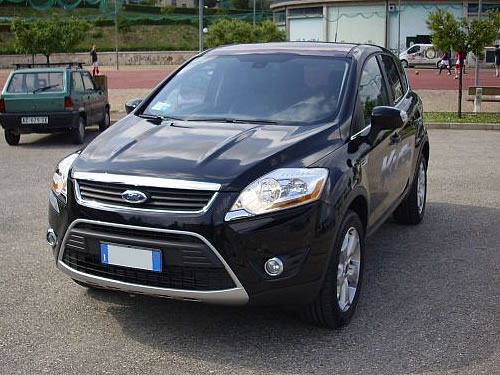 The Ford Kuga is a 5- door compact sport utility vehicle (SUV) produced by Ford since 2007. It is based on C1 platform with Ford Focus and For C-MAX and offered as both front-wheel drive and four-wheel drive. It is manufactured in both a 2.5 liter turbo gasoline engine version and a 2 liter diesel engine version. In 2011, the Ford Kuga became available in the USA but was rebranded there as the second generation Ford Escape. A facelift was released in late 2010 and formed the basis for the 2013 Ford Escape.

We'll send you a quick email when a new Ford Kuga document is added.

Yes! I'd love to be emailed when a new, high quality document is available for my Ford Kuga. My email address is: