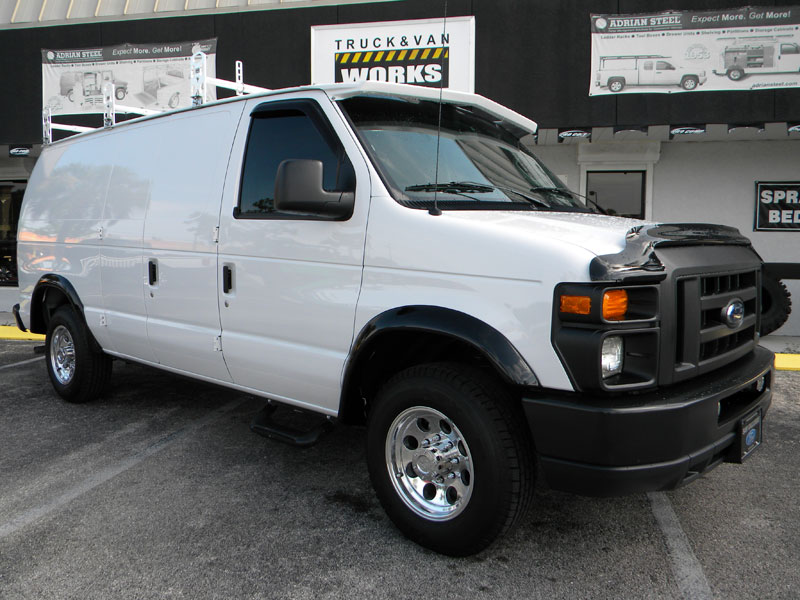 The Ford E-Series, also known as the Ford Econoline in Mexico and Ford Club Wagon, is a line of full-size vans (both cargo and passenger) and truck chassis from the Ford Motor Company. The line was introduced in 1961 as a compact van and its descendants are still produced today, though they are scheduled for replacement by the Ford Transit. Since 1980, E-Series has been the bestselling American full-sized van, and held 79.6% of the full-size van market in the United States in 2007, with 168,722 vehicles sold.

We'll send you a quick email when a new Ford Low Cab Forward document is added.

Yes! I'd love to be emailed when a new, high quality document is available for my Ford Low Cab Forward. My email address is: