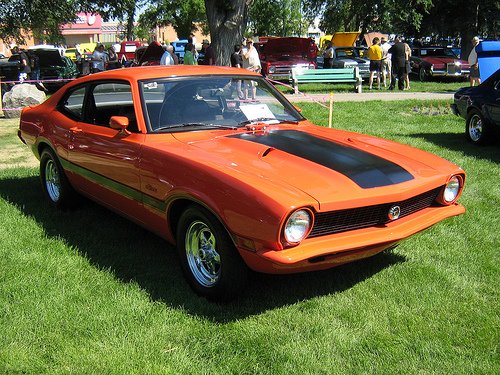 The Ford Maverick was a compact car manufactured from April 1969 to 1977 in the United States, Venezuela (first country outside the States to produce them), Canada, Mexico, and, from 1973 to 1979, in Brazil ? employing a rear wheel drive platform dating to the original 1960 Falcon. Originally marketed as a two-door sedan at a price of $1,995, the Maverick was designed to be inexpensive to manufacture and maintain. Nearly 579,000 Mavericks were produced in its first year.

We'll send you a quick email when a new Ford Maverick document is added.

Yes! I'd love to be emailed when a new, high quality document is available for my Ford Maverick. My email address is: